21 oktober 2010
World Peace Flame, Nijmegen
During the last 12 months since we came together in the Peace Palace there have been many advancements in the work of the World Peace Flame and we are delighted to announce that on the 7th October 2010 a monument housing an eternally burning World Peace Flame was inaugurated in Nijmegen, The Netherlands.

Burgemeester of Nijmegen, Thom de Graaf, Prof Kees Waaijman, Dr Mansukh Patel and Savitri were lighting the WPF. In the event, Thom de Graaf was enjoying the moment sitting in an A12 file and we were happy to welcome one of his colleagues, loco burgemeester Bert Jeene who stood in for him to perform the final lighting ceremony. It was a wonderful afternoon and our thanks to all who were able to attend and lend their energy to the day.

A further six monuments are scheduled to be placed in the next 18 months in the Netherlands, Belgium and the UK. We will inform you closer to the time.

Education Package - Lopend Vuurtje
The Peace Education package for schools has lived true to its title, lopend vuurtje, and is now in over 100 schools in Netherlands and Belgium.

We have had a tremendous response from teachers, parents and students alike. Whilst we have tried several times over the last months to put the emphasis of our energy onto other aspects of the WPF's work, it is the children who seem to command the attention.

The package is also being taught in Australia and the UK.

World Peace Flame Song
The World Peace Flame song has been chosen to be the song which all finalists in a UK TV talent competition will sing. This competition is 'kinder' to its contenders than some of the other versions! This will bring the WPF to millions and through this the celebratory 'call to action' which it sends to all.

Medical Camps
Each month the team in Gujerat, India arrange camps for between 400 and 500 people. On the weekend of 10th October 2010, 11 medical specialists from a Navsari hospital plus several GP's saw 447 people. Operations have been planned and the next camp is due at the beginning of November.

Again, we would like to take this opportunity to thank you for your contribution in Sept 09. We value tremendously the energy you put in and the ideas received on that day, many of which have already been implemented and the remainder of which we will follow up in the time to come as the projects unfold.

Thank you for everything you do to make this world a happier, safer and more delightful place to live, as Mahatma Gandhi said '....the only 'sin' is for good people to sit back and do nothing.'

Savitri and all at Stichting World Peace Flame 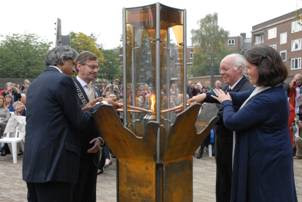 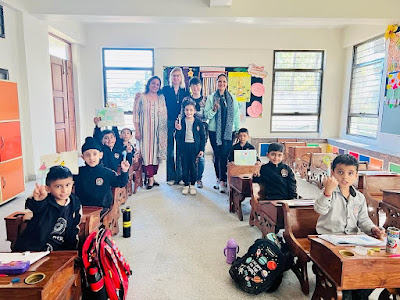